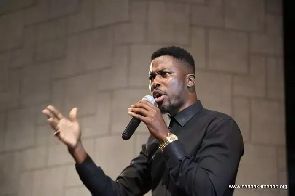 Controversial activist of the New Patriotic Party (NPP), Kwame Asare Obeng otherwise known as A Plus is suggesting a stiffer punishment for former CEO of the Ghana Cocoa Board (COCOBOD), Dr. Stephen Kwabena Opuni. According to A Plus, Dr. Opuni who has been charged for causing financial loss to the state deserves to be shot and killed instead of wasting time to arraign him before court. A Plus’ comments follow calls by First Deputy Speaker of Parliament on the joint police and military anti-galamsey task force deployed to fight illegal mining parts of the country to shoot and kill recalcitrant ‘galamseyers’. Joseph Osei-Owusu who is also the MP for Bekwai Constituency believes that the shoot-to-kill approach would put fear in the illegal miners and deter them from engaging in the activity. The Deputy Speaker’s suggestion has, however, been condemned by many, with colleague legislators and security experts describing it as “reckless” and “wicked” approach to dealing with the menace.
Kwame A Plus who has also criticised the MP opines that instead of killing “poor” illegal miners, the “shoot-to-kill” approach should be used on politicians who loot the state. In a Facebook post, he said, “They say operation vanguard must shoot to kill galamseyers. I say police must shoot to kill politicians who steal our money.” He further explained that “Galamsey people no steal anything. Those who have to be shot are politicians”, therefore, the former COCOBOD CEO who according to the suit ”between November 2014 and November 2015 in Accra in the Greater Accra Region, abeted Seidu Agongo and Agricult Ghana Limited to defraud Ghana COCOBOD of the sum of GHC75, 289, 314.72”, must be killed. “Don’t take Opuni to court. Just shoot him,” he stressed. Background
Dr. Opuni together with CEO of Zeera Group of Companies, Seidu Agongo were charged by the Attorney General for causing financial loss to the state. They are facing 27 charges including; abetment of crime and defrauding by false pretence, willfully causing financial loss to the state, contravention of the Public Procurement Act, manufacturing fertilizer without registration, money laundering and corruption by public officer. The case which is being handled by the Chief State Attorney, Evelyn D. Keelson for the Attorney General is expected to be called on March 23, 2018.
Source: www.ghanaweb.com 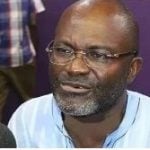 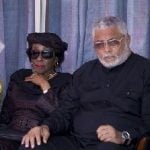