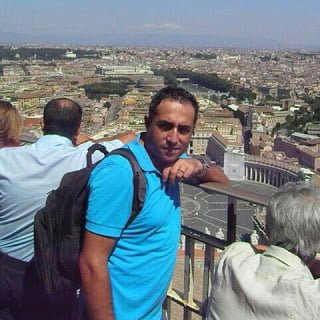 WE WILL USE VIOLENT MEANS TO STOP ILLEGAL MINERS IF………. – WASA JUABO RESIDENTS

Good morning ladies and gentlemen,and friends of the media. We called you all here today to draw the attention of the government, the Minister of Lands and Natural Resources together with his director of the Forestry Commission to the activities of one foreigner by name Simon Aydan (reported to be from Turkey/Canada), who is a kingpin in illegal mining. We the representatives of the owners of the affected lands(James Acquah and Cecilia Gyapong all of Wassa Juabo) have gathered a lot information about this  foreigner who has done nothing but harm to our forest in various regions across the country.

On 9th of August 2016, Simon’s company by name C&G Aleska Co. was issued a prospecting license, to enter the Upper Wassa Forest Reserved, Block A and B, which belongs to the state and indigenes of Wassa Juabo and its environs. Within a period of 24hrs the Company was able to acquire an Entry Permit from the Forestry Commission(with a fee of only GHC 5000) and this can best be said to have been illegally acquired. Because before one can acquire a prospecting license one must acquire a reconnaissance licence. the process of environmental impact assessment and other procedures could last for a month. But this company was able to acquire an Entry Permit on 10th of August 2016,after getting a prospecting license on 9th of August 2016, barely 24 hours. We are thus demanding answers from the government and asking whether our mining laws have not explicitly stated that companies submit their machines and other materials for testing before Entry Permit is given? Again are mining companies not to undertake environmental impact assessment before being given Entry Permit?

Moreover, on 29th of November 2016, C&G Aleska Co. Ltd had their Entry Permit and prospecting license terminated by the Minerals Commission after a serious clash between Sraha Community and the company for destroying their lands and water bodies which resulted in damages of properties and various people being injured and sustained various cuts, but for the timely intervention of the Police and Military the situation was brought under control. As a result of these and other violations of the Environmental Laws, the company had its temporary license and Entry Permit terminated, copies of which we have at our disposal.

The former government on 23rd of December 2106 again issued a Mining Lease to this same fraudulent and unpatriotic foreign company C&G Aleska Co. Ltd to mine again in the same Upper Wassa Forest Reserved in the Amenfi Central District,Western region. We are again asking that under what supervision and process did C&G Aleska Co. Ltd go through before acquiring Mining Lease? What environmental procedures did they go through before being issued the Lease? And did C&G Aleska Co. Ltd went through EPA water bodies management process? Why did the previous issue a Mining Lease to the company on 23rd of December 2016 during the transition period when the government then clearly knew there was a change of government?

Ladies and gentlemen, this same C&G Aleska Co. Ltd after acquiring a dubious Mining Lease entered some communities such as Nkatieso(Bibiani-Ahwiaso-Bekwai District), Ankwaso, Amenase, Akateka, Asesansu and Juabo-Ayiem-Sraha communities (Amenfi Central District), all in Western region, with fifty(50) excavators led by this foreigner Mr. Simon. This same Mr Simon, engaged the services of his cronies such as Donald Atuse, Prince(a surveyor), one police personnel popularly known as Ben, and Ebenezer (popularly known as Eben). This foreigner also engage the services of known thugs with guns and dogs to go round these communities mentioned earlier on to threaten and create fear and panic in residents because of his previous clash with the community which we have pictures to back our claims. The C&G Aleska Co. Ltd led by Mr Simon,has diverted the Ankobra river from it’s original source which has led to partial dry up of the river. In addition, conditions such as social responsibilities agreement between large scale mining companies and communities has been consciously flawed by Mr Simon and his company, since he is of the belief that he has some big men behind him,which will expose them soon.

Ladies and gentlemen, against this background,the current government on 30th January 2017, terminated the contract of C&G Aleska Co. Ltd through the minerals Commission because of it’s fraudulent activities and on the principles that  President H.E Nana Addo initiated his commitment to halt illegal mining in the country. Even upon the coming into force of the operation vanguard team , Mr Simon and his Ghanaians cronies were still seriously engaging in their illegal mining and destroying our environment with impunity. As if that is not enough for Mr Simon, he has relocated all his mining excavators and materials to Jacubu in the Ashanti region with the false pretence that he is going to reclaim the lands. By this statement we wish to state unequivocally without fear or panic that :
1. We will legally file a court action against him, Mr Simon and his company C&G Aleska Co. Ltd to prevent him from doing any mining this time around.
2. We will force him physical from destroying our land and water bodies our forefathers left for us.

Ladies and gentlemen, we wish to:
1.Draw the attention of the President H.E Nana Addo to as a matter of urgency , to send the Operation Vanguard team to Jacubu forest reserve to clear all his excavators hiding in the forests.

2. Petition the Ashanti regional minister,as the Regional security head to cease and evacuate Mr Simon and his C&G company equipment to destroy the Jacubu forest reserve as he has done in Western Region.

3. Draw the attention of minerals Commission that, the C&G company ltd they derminated their Mining Lease is still operating and for that matter must enforce the mining laws in the country.

Any failure will not be tolerated. We are committed to bringing any illegal mining company to book to safeguard our precious environment. Thank you 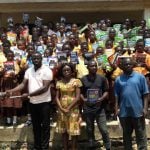 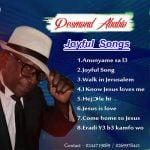