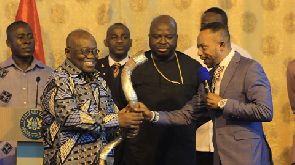 Leader and Founder of Glorious Word and Power Ministries International, Prophet Isaac Owusu Bempah says some detractors and saboteurs of state are scheming to assassinate the President, HE Nana Addo Dankwa Akufo-Addo.Rev. Isaac Owusu Bempah who stopped short of mentioning names, warned those habouring such intentions to desist from it or he will be forced to expose them. The renowned man of God, who disclosed on Okay FM’s programme “Ade Akye Abia” in an interview, added that the creation of the office of the Special Prosecutor is the reason for this diabolical plan.“God has revealed to me that some people who are not happy about the creation of the Special Prosecutor’s office by the president HE Nana Addo Dankwa Akufo-Addo are planning to assassinate him . . . They are planning to use any means possible necessary, either through poisoning or accident, but I am warning them to stop else I will put out their names”, he warned.In February this year, Mr. Martin Amidu who was appointed by the president to occupy the office of the special prosecutor, was sworn in at the Flagstaff House in the presence of the Vice President, Chief of Staff, Attorney General and other government officials after he had been vetted by the Appointments Committee of parliament and unanimously approved by same.At his swearing-in, President Akufo-Addo, whose adrenaline to fight corruption is very high, reminded him (Amidu) of the high expectations of the citizenry.“The Ghanaian people expect the office of the special prosecutor to rise to the challenge and to the occasion, and collaborate with other existing law enforcement agencies to fight relentlessly and help eliminate corruption in our public life.”“We expect the special prosecutor to discharge his duties vigorously with courage without fear or favour, ill will or malice, in accordance with the rule of law,” the President added.Prophet Owusu Bempah, who does not shy away from controversies, believed the president is doing a yeoman’s job in running the country’s affairs and deserves the support of all Ghanaians in his fight against corruption. “We cannot have some people who will want to destabilize the country or undermine its development for their own selfish and parochial interest”, he added.The renowned Man of God also dismissed reports that he had recently tagged the ruling party, the New Patriotic Party as corrupt.“I have never said that the NPP government is corrupt. I remember granting an interview on Okay FM on a number of issues but I never described the NPP government as corrupt”, he added 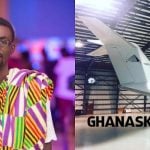 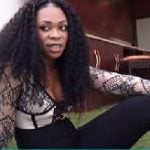