Lawyer Nana Obiri Boahen, the Deputy General Secretary of the New Patriotic Party (NPP) is set to face the Disciplinary Committee of the party.
He will be facing the committee of eminent members of the ruling to answer questions surrounding his leaked audio tape.
“l have been referred to the disciplinary committee of the NPP…,” he posted on his Facebook wall on Wednesday.
The vociferous leader of the ruling NPP has been the subject of media discourse in recent times following his claims in a leaked audio that has gone viral that the presidency gifted the party GH¢50 billion ahead of the party’s 2017 National Annual Delegates Conference held at Cape Coast last August.
The amount, he claimed in the audio was the presidency’s support of the conference.
Lawyer Boahen also lamented about unfair treatment against him as an official of the governing party.
“When we were going to Cape Coast the other time, I was given GH¢3,000 as a member of the Resolution Committee and an additional GH¢2,000 for fuel. Meanwhile, the Flagstaff House gave the party an amount of GH¢50 billion”, Obiri Boahen said.
Party officials who were not pleased with the claims of Lawyer Boahen tasked its Steering Committee to investigate claims by its Deputy General Secretary.
However, Lawyer Obiri Boahen claimed that he deliberately made the comments to spur the person [Kwaku Skirt] on to make further revelations to him.
He has since offered unqualified apology to the party and its supporters.
Source: AdomOnline.com 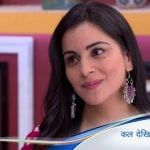 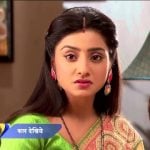