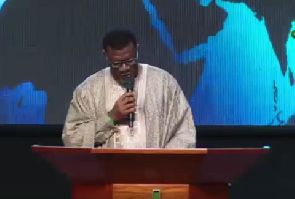 Ghana, Nigeria and many countries in Africa would be empty if the United States of America decides to give free visas for just a week, Pastor Mensa Otabil has said.The International Central Gospel Church (ICGC) founder told his congregation on Sunday, 4 March during the church’s 34th anniversary service that the number of Africans who risk their lives traversing deserts and the Mediterranean to Europe, is ample evidence that virtually all Africans would run out of the continent for greener pasture if they had the chance.“Look at the number of our people who try to cross the Sahara Desert to go to Europe.“And believe you me, if that way were open, Africa would be empty. It would be empty,” Dr Otabil said, adding that: “If the American Embassy today decides: this week is free visa for everybody, Ghana would be empty, Nigeria would be empty”.“Why are we travelling? It’s not because we have a sense of adventure, because if we had a sense of adventure, we would have travelled to Mole, we would’ve gone to Kintampo, we have no sense of adventure, it’s a sense of hopelessness. It’s not adventure, it’s hopelessness. It’s a sense where you feel nothing good will come from here”.
Tuneon Radio is a compilation of Ghanaian radio stations and over 1000 radio stations worldwide that our aim is to serve our cherished listeners well with what they want. We serve them with latest news update, political shows, sports, interviews, entertainment shows etc. Download the app and enjoy best of Radio Station and ur favorite programs here. Click on the link to download

According to Magnum, the largest flow of modern African migration funnels through Libya.Magnum said coming from the south, migrants flee the vestiges of wars that have left entire nations in ruin. From the east, they escape a life of indefinite military servitude and violent conflict. From the west, they evade destitution and governments that arbitrarily jail whomever they please.It said some arrive by choice, others by force. But Libya is the purgatory where most migrants prepare to face the deadliest stretch of the Mediterranean Sea.Libya’s 1,100-mile coastline, according to Magnum, has effectively become an open border without government forces to monitor who comes and who goes. Smugglers have filled the void, willing to tightly pack hundreds of migrants at a time into flimsy vessels and shuttle them to Italy.Migrant crossings through the central Mediterranean jumped by more than four-fold after 2013. The International Organization for Migration estimates that nearly 182,000 migrants from Libya have landed in Italy since the start of last year, exacerbating a massive refugee crisis already spilling out of Syria and other parts of the Middle East. 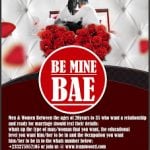 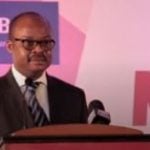