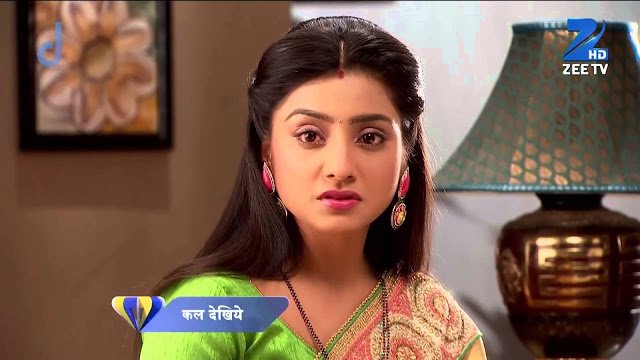 Location: samrat’s residenceSamrat is shocked to see niranjan chatting and cozying with tai, who is happy listening to his childhood affairs. Samrat sends her to make tea, while after she is gone, niranjan threatens samrat to give him the money in two days or else tani shall be told the truth about his youth this time. he leaves, while samrat is frustrated.

Scene 2:
Location: Ishaan’s residenceWhile urmi is smiling at herself, remembering ishaan’s care and affection towards her, she dosnt realise that he is in the room and watches her smiling in amusement. he starts flirting with her, while she is amused. He asks her to close her eyes, and after she complies, on his insistence, he gives her a gift packet. she asks whats this, and begins to open it. He asks her to open it after he is gone, and wear it tonight on his request. he leaves and she silently complies. He comes and thanks damini for this wonderful idea, and hopes that she likes his gift. He thanks her again and gets to seeing the preparations. Inside, urmi gets ready to open the gift, but before she can do this, she gets a call saying that her work is done, and samrat has been trapped from all corners and ends. It turns out that she is talking to niranjan, who is doing what he is doing, on her insistence. urmi says that samrat doesnt have that kind of money, and then he shall do exactly what she wants. She thanks him, saying that she never thought that he would help her. He says that he never thought she shall ever call him, but as destiny would have, its his chance of retribution, to salvage himself from what he did wrong. Urmi says that he shall get the money. She cancelsthe call, thinking that just once, tani should come to terms with samrat’s reality, then she shall come back herself.
Scene 3:Location: Ishaan’s and samrat’s residenceLater, in the evening, as urmi eyes the gift, still unopened, she opens it. She finds a dress material inside, which when she opens, she finds a simmering lingerie type camisole. she remembers damini talking about ishaan’s needs. she is shocked and bewildered. Meanwhile ishaan gets the best orchids and having arranged for a beautiful dinner, he drives and reaches outside the house. As he comes inside with flowers, he goes to her, and asks why isnt she dressed still, as tears stream down her cheeks. She shows him the dress, asking if this is what he wants to see her in. she says that its his right as a husband. He tries to speak, but she says that he too became the same, like other men. Urmi asks ishaan what does he think of her, and after all, he too wants the same thing from women, that all the men want, and who want women to be a play object. Ishaan is shocked and hurt. She bears hard stinging words, that for this desire, women are always men’s play toys. Ishaan asks if she doesnt know him in all these years. But seh is beyong any conviction, saying that he too demeaned her just like evereyone else, making her strip off her self respect. He asks her to listen to him, but she keeps pointing out that he too wants physical contact and nothing else, and that she is just like every man, who she misundrstood and hence she is disgusted with herself and at him too. she is in tears, while he stands distraught, as the bouquet falls on the flowers. She tells him that from this day onwards, he too is one of the many men who have objectified her in one way or the other. she turns away, while he stands dejected and disappointed. tears stream down his cheeks, as he retreats from the room.
The next morning, sandhya and damini observe a tension between ishaan and urmi. Rati wishes him good morning. He asks rati to make him coffee. Sandhya taunts him as to why he didnt ask urmi. rati asks her to stop making issues, and asks urmi if she shall make coffee. urmi says that he told rati to prepare then she should. ishaan asks rati if she shall make him or not. Rati leaves for the kitchen. sandhya and damini evilly eye each other. She asks damini what just happened. Damini says that she shall play such a game that soon urmi would leave this house. she eyes ishaan, who is tensed.
Damini tells this to samrat, and he applauds her for this wonderful effort. damini says that exactly that happened, which was expected. They both compliment each other on the brilliance. damini tells him how she too had the nighty gift packed, and then mixed it up, at the cash counter in the market, where ishaan bought a dress for her. samrat smiles evilly after cancelling the phone.
While arranging things in the room, urmi’s eyes fall on ishaan’s gift, and she is mortified and embarassed yet again. damini comes to find urmi tensed holding the nighty. She interrupts her, and urmi turns around surprised. damini asks if they had a fight, and if all is okay. urmi apologises, for not understanding her advise that day, and damini pretends to be sympathetic and oblivious of what happened. urmi is instigated by damini to understand what he means, and that after all he too is a man with needs, and hence he didnt have to put up the charade of love and understanding to get what he wanted from urmi. She furthermore instigates her that he is angry at her on top of this. damini says that she wont realise like this, and maybe if she goes back to her house for some days, then he might understand what he did. urmi turns shocked to face her. The screen freezes on her face.
Precap: Tani is overwhelmed to see samrat’s support in standing against his mother and family, and favouring her. samrat says that he shall do anything for her, and then abruptly demands ten lakhs from her. she is shocked. Shashi, overhearing this is all keen and eager too. 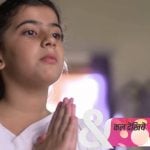