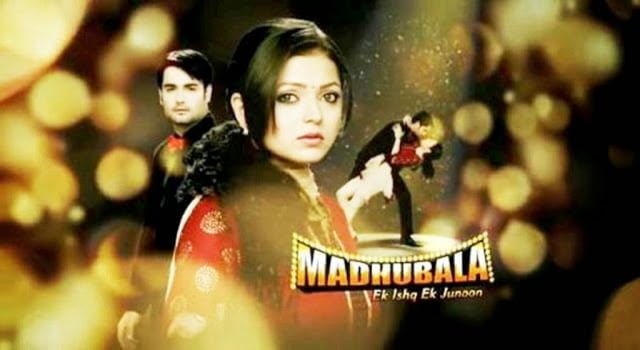 Part 1Paddo says RKs hand is moving..! Madhu looks at RK and keeps saying Ganpatti Bappa Morya.! All join in to chant!RK moves and Bittu goes to call Doctors.! The hearbeats start coming back! Doctors rush back! Radha asks if her son will be ok! Doc says ok! Doc says..had heard of miracles today first time saw it!Docs send everyone out..! RK is moving..! Madhu turns to leave and RK holds her hand! Nurse tells Madhu to leave as RK is in critical condition! Madhu tries to free her hand but RK is not ready to leave! Madhu calls to Bittu and everyone sees RK holding Madhus hand! Doc tells Madhu that its ok and asks her to stay back! He asks nurse to get the injection! Everyone comes out of the OT! Slowly RK passes out and losens the grip on Madhus hand! Madhu holds RKs hand and puts it on the bed! She prays to Bappa! Doc comes out and says that things are under control and RK is out of danger! Radha says now nothing can happen to her Rishu! Madhu is relieved and comes out of the OT! Radha blesses Madhu as Dips watches on with a smirk! Radha bends to touch Madhus feet and Madhu stops her! She asks what Radha is doing? Radha says Madhu has given RK a new life.. thats why her Rishu is with her ..! Its coz of Madhus faith and devotion that RKS breath is going on! Radha says that RK has not given Madhu fully the status of his wife but Madhu has done a job as great as the greatest wife in the world, Savitri! Madhu says that if anything had happened to her, RK would have done the same.. he too would have bet his life to save her! Bittu thanks Madhu and calls her Bhabhi jee and says that he would have died had anything happened to his chief! Madhu says not her.. but Bappa has saved him! Madhu says..she had said to keep faith as Bappa is RKS friend and would not have let any harm fall upon him! Madhu says one day Bappa will return her son to her! Radha hugs Madhu and says its the good fortune of all of them that Madhu is connected to them! Madhu smiles looking at the OT!

Shammo is pacing in the house and a guy comes and asks the matter! He says its ok! Paddo comes and Shammo asks that news says RK got shot and is very serious? Paddo goes to the temple in the house and does diya and thanks him! Shammo asks if RK is dead or alive? Paddo says.he will survive..nothing will happen to him! Paddo says that RK would not have survived, he had died but Madhu saved him! She says that Madhus devotion, prayers and faith has saved RK and brought him from the jaws of death just coz of Madhu! Paddo tells Shammo the whole thing! Shammo says that something is there in RK.. first he left Shammo to die then used it to marry Madhu and now dunno what magic has he done on Madhu that she walked bare feet to Siddhi Vinayak for his life! Shammo says that he does not know whether to be happy on Madhus act or cry! Paddo tries to explain but Shammo says that he should have died at the hosp itself atleast he would not have had to see such day!Bittu says that he will be able to take calls a few hours later! All are waiting in the hosp! Sikky says that his back has given up so either to take him home or admit him! Kuku says that even if for show.. he is RKs dad so…and asks Sikky to go to hell! Doc comes and Radha asks how RK is? Doc says that he is much better but kept under observation for next 24 hours! Doc says that Madhus faith has given a medically dead patient another life! Radha says that the person who wanted to kill RK did not know that RK has held Madhus hand who would not let him go anywhere! Cop comes and says that the person is not related to Sultan or his person.! All ask how they know? Cop says that Sultans name was used..! Kuku asks who did it? Cop says investigation is on and they will get the truth out soon! Bittu asks them to rush! Cop says that two big names is involved in this case.. one international don and another superstar so they wont sparethe third person involved!Part 2Kuku comes to the shooter and he slaps him! Kuku says that he had asked to shoot RK to scare him ..to ! But they fired RK the way that he almost died and now has not changed the sim yet..! Shooter says that he was aiming to shoot RK but someone shot him from before! Sikky asks him to cut the crap! Shooter asks them to check his rifle and that he did not shoot! They show flashback where shooter is aiming at RK but before he can fire someone else fires the shot at RK!Part 3Sikky wonders who shot RK? Kuku says that cops have traced that RK got calls from Juhu ..and tells Shooter to disappear for sometime! Sikky asks the shooter to leave and hedoes! Sikky asks Kuku who the new player is..and they were thinking to scare RK and take money.. but now who is this new enemy? Kuku says yes someone who is even our BAAP..!Precap — RK in the hosp bed and its dark..! A figure is walking towards RK..! [Girls hand ..] She is holding wire to strangle RK..! Suddenly.. Bittu-Madhu come and switch on the lights and are surprised at seeing something!Part 1Radha keeps looking at RK as Madhu comes and asks her to go home and rest

.! Doc tells them that RK will be conscious in next 24 hours! Bittu tells Radha to go and rest and assures that he n Madhu are there!

picture1Madhu comes near RKs bed and sits..! Bittu comes to Madhu and Madhu tells Bittu to go and rest..! Bittu cries thanking Madhu …and apologises for his n RKs behaviour! Madhu says.. not to worry.. n Bittu says RK is different. n Madhu gets flashbacks of studio nite! Bittu says that marrying Madhu was RKs best decision ..and he is delighted on this..! Bittu goes to get tea… for Madhu!picture2picture3Nurse asks Madhu to get meds for RK as its urgent! Madhu goes..! She switches off the light of the hosp room and comes out and asks the cop to keep vigil!Kuku comes to Sikkys room and chides him for bathing in perfume..! He asks if Sikky is worried about their pennilessness.. ! Kuku says. had RK died ..they would have gotten money and Sikky says Radha would have gotten..! Radha comes ..!picture4picture5A woman comes in the hosp (dressed in black) and enters RKs room…the cops let her enter! Madhu-Bittu are walking towards RKs room with tea and meds..! The lady is holding a thread …n is about to put on RK ..! Suddenly lights come and Madhu-Bittu are surprised seeing its Dips..!picture6Radha says that not in her worst dreams had she thot that RK will be in this state! Kuku sympathises with Radha.. n says.. her son is safe! Bittu asks why Dips had to sneak in ..like thieves? Dips says..she came with taveez for RK and Madhu says not to tie around the neck..! Dips asks Madhu not to act as wife.. and Bittu says..she is wife.. so will act as..! Madhu asks Dips to give it to her .. n Dips refuses and says ..Madhu alone cannot take credit to save RK!picture7picture8Dips says relations are formed.. or made at birth but there is only one relation that has been purchased…n thats.. RKs so called BIWI!Part 2Bittu says that before today he has not seen Dips like this before today and tells Madhu to not worry as Dips is like bats.. comes ..makes noise and disappears! Bittu leaves..!RK starts to move violently and Madhu decides to call Doc but RK calls out Pappa!picture9Part 3RK says.. its his mistake.. thats why his father left him..! RK grabs Madhus hand. n says…’I am sorry’.! Madhu tries to calm RK and says.. ‘No Rishab.. it was not ur mistake’!picture10Precap — Radha tells Madhu that when RK will find out that its coz of her blood and her prayers RKs life is saved he will respect her more but Madhu asks him not to tell as RK wont like it! Dips overhears..! 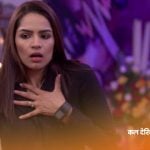 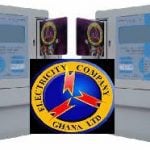