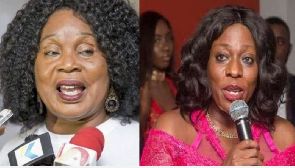 Celebrated actress, Grace Omaboe aka Maame Dokono has expressed exasperation following the refusal of officials at the Ministry of Tourism, Creative Arts and Culture to allow her meet with the Sector Minister, Catherine Afeku to share ideas.According to her, she was treated scornfully as though she’d gone to the Ministry to beg for money.Speaking to Bola Ray on Starr Chat on Starr FM Wednesday, the Veteran actress who’s a trained teacher by profession said tried as she has, she’s been unsuccessful in meeting with authorities to share ideas on how the theatre industry could be revived, adding that she doubts the Minister has passion for the theatre arts.“I’ve even gone to our Ministry, you go and the secretaries and the rest will tell you she’s busy, we’ll give you time, how many times do you want me to climb that staircase and come to you before you see me? But before coming to power we were all the same, somebody you were campaigning with. I went there and they refused to let me see her and I told those girls at the reception that I didn’t come there to beg for me, I came there because I had ideas. I told them I’m going and will never come there again. What do I want from them? I don’t think the people there have the passion for theatre. They should changed.“Today you say you’re a Minister so if I come to see you I should be made to sit down for a long time, with officials of the Ministry bluffing me. Before we started the political campaign, I has built three house (storey building) I toiled to put up those houses, so you don’t bluff me. I had my car, I’d educated my children, my children are doing well. I have a Medical Doctor, I have one working at the World Bank, I have two who are nurses at Scotland and Holland, so why do you bluff me!? “You’ve come to office and I’m just coming to you. We’re the ones who have been in this industry for a long time and we have ideas to share with you to help and enhance whatever you want to do. It’s not just coming to stand on TV or radio and just bragging and bragging.”
Source: kasapafmonline.com 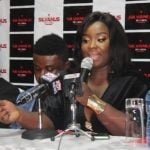 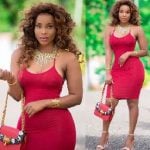