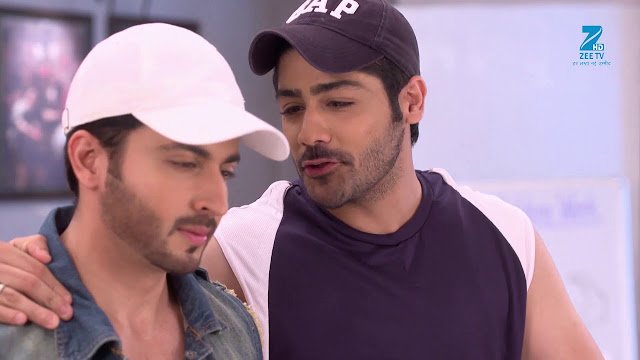 In the car, Shrishti and Sameer argue for seats. Karan asks Preeta which complexion of the guy she wishes for. Preeta says she doesn’t know what kind of guy she needs, but is sure exactly what she doesn’t want (staring at Karan). Karan goes to park the car, Preeta scolds Shrishti for mentioning the proposal in front of them, and she asks to give the photos in her hand. Karan comes from behind and says he would be the first one to see

the photo.Kareena tells Sherlin that she is an idiot and has disappointed her badly. Sherlin says Kareena doesn’t want to see the reality, Rishab already had feelings for Preeta. It was Kareena who betrayed her and fixed her marriage with Rishab. She asks what her selfish gain behind her is and Rishab’s wedding. Kareena explains she didn’t know Preeta was in Rishab’s heart, she only knew Preeta wanted to get Rishab. But Sherlin couldn’t understand her motif. She asks Sherlin what is her motif? She was the first one to know Preeta is there in Rishab’s heart, still she agreed to marry him.
At the door, Karan and Sameer discuss they must see the photos. Preeta and Shrishti discuss they are cooking something. Dadi opens the door who greets him well, she complains Karan visited them after so long. Janki comes to ask Karan if it was fixed, whom would he like? Karan feels awkward but Sarla comes to explain it was about some dish. Karan introduces them with Sameer as his younger brother. Sarla offers them seats. Karan asks to see the photos of guys Sarla shortlisted. Preeta wasn’t ready and thinks she won’t allow Karan to make fun of her, she goes to do something about it. Janki brings tea for them. Sameer was about to sip but Karan reminds he doesn’t like tea, and signals Sameer to go inside. Shrishti follows Sameer inside and finds him looking around, she asks if he is finding some way to make fun of them. She is proud of this house and loves it. Shrishti says she understands how their upper class thinks. She calls Sarla that Sameer wish to have tea.
Karan goes to Preeta’s room to see the photos. Shrishti was showing Preeta the photos which Karan snatches from her and jumps over the bed. He makes fun of the guys. Preeta says he isn’t that bad. Karan asks Sameer what he thinks of her, and Shrishti as well. Then asks Preeta. Preeta says he is like an idiot. Karan explains Preeta’s judgment is wrong, she dislikes him while everyone is his fan. Karan makes fun of the guy saying he had presented flowers to Malishka, then Malishka hit him with her Sandal of 37 size. It must still be imprinted over his face. Preeta blames Shrishti responsible for all this story. She tells Karan he must be jealous of these guys.Kareena asks Sherlin what pushes her to be in a relation which won’t give her anything. Sherlin says her mother and Kareena are friends, and when she met Kareena she became a fan of her. Preeta told her that she got engaged, but it was also broken. Kareena was shocked to hear and asks when this happened. Sherlin apologizes for not being able to give this information to Kareena. She says she just heard Rishab and Preeta that Rishab has fired Deepak for misbehaving with Preeta. Kareena asks how she knows about Deepak. Sherlin boasts she can do anything if she can ruin her own engagement. But she is unable to gain anything and is irritated.There, Karan tells Preeta they must find out about the details of the guy. Preeta asks if he is jealous? Karan says he isn’t jealous, he wants to help her which she never does. Shrishti reminds Preeta treated his elbow. Karan argues it was a torture. Preeta wish she had pressed some points while treating his shoulder that he was never able to play cricket again. Shrishti turns to leave, but mentions its Karwachot tomorrow. Preeta stares at Shrishti regretting the mention in front of Karan. Karan’s eyes spark, he says he would come tomorrow to see that guy. He must tell him he got Malishka after him but then left her as well. He asks if she will fast for him as well and mocks how he must look front behind the sieve.PRECAP: Sherlin says I love you on call and turns to see Rishab standing behind. He questions whom does Sherlin love and wants to fast for? Why she didn’t tell about it earlier? 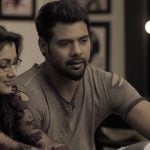 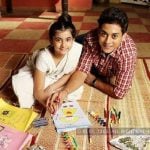