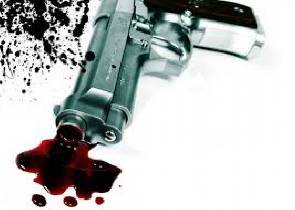 Fear has gripped residents of Koforidua following three separate robbery incidents by a gang of 4 armed men in the New Juaben Municipality of the Eastern Region.The armed men subjected their innocent victims to severe beatings before robbing them of their valuables.On Tuesday February 27th, the robbers took over the Okorase town in Koforidua, robbing a family of their wedding rings, television sets, jewellery, laptops, footwears, clothes and foodstuffs.Eastern Regional Police PRO, ASP Ebenezer Tetteh, who confirmed the incident to Citi News indicated that the robbers carried out their attacks on foot.“On 27th February at 12:45am, Patrol Team Papa 11 received a distress call to the effect that armed robbers have attacked a house at Okorase. Patrol Teams Papa 11, Papa 15 and Papa 10 moved to the area simultaneously. Patrol Team Papa 11 arrived at State Housing Bungalow No. 25 and met victims Ernest Donkor Attiklo age 34 and his wife Joana Opoku age 28. It was detected that the robbers numbering four who have covered their mouths with ‘bandana’ and wielded a small black metallic pistol, cutlasses, knife etc broke the main door with a cement block and tied up victim Joana with net sponge, held hostage victim Ernest Donkor and made away the following items; 40 inches flat screen Akai TV, HP laptop, four mobile phones, 4 GB pen drive, wedding ring of victim Ernest Donkor, and cash the sum of GHS 170.00.”.ASP Ebenezer Tetteh added, “the robbers also attacked victim Gifty Asante age 30 of the same house by breaking her main door with a cement block and made away with an Acer laptop, mobile phones and cash the sum of GHc 215.00”.‘Attempted robbery at Peace hill SHS, Okorase’At about 01:20am, four armed robbers broke the main door with a cement block and one of them entered. Victims Patrick Bekoe age 56 and the wife Margaret Oti age 54 raised an alarm by shouting which made their neighbors to come out. This forced the robbers to abandoned the operation and fled, no item was stolen there foiling the robbery, according to ASP Ebenezer Tetteh”.‘Robbery at menalic clinic area’“At 01:30 am, young men numbering four who covered their mouths with ‘bandana’ and wielded a small black metallic pistol, cutlasses, knife, pistol etc broke the main door which is a metal door with a cement block and tied victim Asiwome Tei – Mati age 36 with his own cloth at house opposite Menalic Clinic in Okorase. The robbers made away with an HP laptop, laptop bag, two mobile phones including a Samsung S7, a desert boot, phone charger and cash the sum of GHc 5”.ASP Ebenezer Tetteh revealed that the armed robbers carried out their operations on foot.He said the “same robbers also attacked Emmanuel Dornor age 26, the landlord, by breaking his metal door through same means and made away with his iPhone 5s, and an Infinix Hot phone belonging to victim Grace age 22. It was noted that, the robbers were on foot in their operation”.He however assured residents of Koforidua and the Eastern Region of their safety. 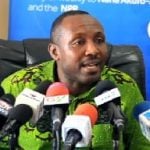