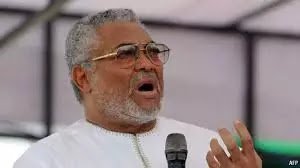 Former President Jerry Rawlings has warned the National Democratic Congress (NDC) risks a very long stay in opposition if the thoughts of certain party leaders hold true.
In a tweet directly rebutting Odododiodoo MP, Edwin Nii Lante Vanderpuye’s claim that the NDC would win the 2020 general elections so it can release incarcerated ex-MP, Abuga Pele, jailed six years for corruption, Rawlings said the thought is so wrong for the quest for power.
“Stealing and corruption puts no one above the law. Those who have committed crimes deserve to be punished,” Rawlings tweeted in a post he titled “POLITICAL POWER NOT FOR FREEING THE GUILTY.”
Nii Lante reportedly passed the claim in an interview with Citi FM, and added that the incarceration of Abuga Pele would not dampen the spirit of the NDC.
“If the quest for political power is to release wrongdoers from prison, then the NDC is laying its own foundation to remain in opposition for a long long time,” said Rawlings.
“Fortunately this kind of talk belongs to a handful of people in the NDC leadership who have gained power and influence they do not deserve and the sooner they are packed off the better for the NDC and this country.
“Obviously the corruption by some of those who were in office resulting in a humiliating defeat in the last election does not appear to have affected their conscience and reasoning in any way. The NDC needs to regain its moral compass. A party born out of the explosive circumstances of our past should not find herself so HIGH on the scale of corruption.
“Just as the negative elements in various parties are networking to protect their misdeeds, so also must the positive minded personalities and supporters in the various parties also network to contain and keep such elements from political power. While the current circumstances favour the patriotic forces the most, the unpatriotic elements are more bent on collaborating and exploiting the constitutional climate. Let’s make changes for the better. Clear the bad and retain the good. Bring on board other patriots.”
Abuga Pele, National Coordinator of the Ghana Youth Employment and Entrepreneurial Agency (GYEEDA), and Philip Assibit, Chief Executive Officer of Goodwill International Group were last week jailed for willfully causing financial loss to the state.
Share on:
WhatsApp 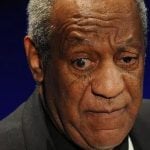 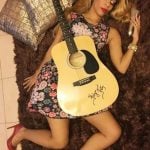