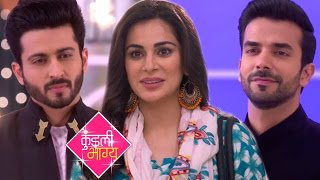 Tuneon Radio is a compilation of Ghanaian radio stations and over 1000 radio stations worldwide that our aim is to serve our cherished listeners well with what they want. We serve them with latest news update, political shows, sports, interviews, entertainment shows etc. Download the app and enjoy best of Radio Station and ur favorite programs here. Click on the link to download
Sarla blames Shrishti for stealing her jewellry. Shrishti was offensive, but the ladies break into laughter. Shrishti asks to see the pictures, she is more rightful. Sarla argues she has an older relation with Preeta. But Shrishti argues Sarla was nowhere in their childhood, she lived with Preeta forever. Sarla begins to cry, she takes the photos so that Shrishti watches the photos. Shrishti was excited to see the photos and says she always longed for Preeta’s wedding.There, Sameer helps Karan lift heavy weight, progressively increasing weight. Karan thinks about Preeta and hurts his shoulder. Sameer hurries to bring Preeta.

In the room, Dadi wasn’t ready to have spinach soup. Preeta was insisting on her. Sameer comes to ask her see Karan, he has a shoulder sprain because of heavy
weight lifting. Dadi promises to finish the soup, and asks her to go.In the room, Preeta was nervous watching Karan shirtless, then decides to treat him as a patient. She sends Sameer to bring a hot water bottle, an ice pack and some muscle relaxant. She asks Karan to straighten up as she gives him a massage. Karan bends over her, Preeta says it’s a bad muscle sprain, he must first learn to lift such heavy weights. Karan bends over her to drink a glass of water, saying he wants to help with his anger. Preeta is deliberately rubbing it to increase his pain. Preeta makes fun of him for not being able to do anything well. Karan slips over Preeta, both fell over the bed. Sherlin watches them and wonders if she is involved with both brothers.

Preeta straightens up and asks Karan to sit well so that she treats his sprain.Kareena questions Shrishti why she came here. Shrishti replies Kareena she doesn’t need her consent to be here, Rishab himself went to make them up. Rakhi also comes there, she tells Kareena that Rishab clearly stated no matter what, but Preeta and Shrishti must always be allowed here. Shrishti tells Rakhi she came to pick Preeta, its rainy outside and she isn’t attending her call.

Sameer was hurrying towards Karan’s room with ice packs for Karan. Rishab scolds him for not concentrating on work. Rishab asks if he is again indulged in gym work, Karan’s coach called him that his shoulder is injured and he can’t do the exercise. Sameer says he was going to place the ice pack in the fridge. Rishab says fridge is downstairs. Sameer makes up he was going to pick his phone. Shrishti comes there and greets with Hi Handsome; Sameer curtly asks what she wants. Shrishti replies she was greeting Rishab. Rishab greets her and leaves. Sameer thinks his time is going bad.
Shrishti comes to the room and melodramatically teases them to be together, alone in the room. Sameer brings the ice pack. Shrishti has an argument with Sameer. Karan advocates Sameer and requests Shrishti to let go of him, while Preeta requests Sameer to stop behaving like a child. Preeta asks Shrishti what was the emergency. Shrishti says there was a proposal for her, she needs to select from any two.
Karan speaks Preeta must hurry up, it’s about a relationship of 7 ages after all. Karan offers to drop them, but Preeta was ready to go by themselves. Shrishti says they can’t reject an offer from him. Preeta says he isn’t fine, but Karan says after all he must also see which idiot she is going to select. Outside, Preeta says it’s not raining anymore. Shrishti insists to let them come. Preeta asks Karan to sit at the back seat and herself goes to front to sit beside Sameer. Karan wonders why she sat on the back seat, then thinks why he notices such minor habits about her?PRECAP: Preeta asks Karan if he is jealous that she got such good proposals for herself. 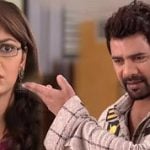 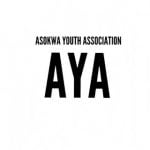