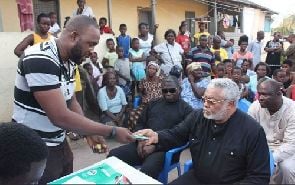 Former President Jerry John Rawlings on Friday re-registered as a member of the National Democratic Congress.

Mr. Rawlings not only reregistered and issued with a membership card, but also paid his membership dues for the next 3 years.

The former President’s renewal of his membership of the party he founded is in line with the party’s ongoing re-registration of its members across the country.

Mr. Rawlings was critical of the Mills/Mahama governments, especially ahead of the 2016 general elections. Many criticised the former president on suspicion he was in bed with the then New Patriotic Party presidential candidate, Nana Addo Dankwa Akufo-Addo.

The ongoing re-registration exercise which ends on February 28 forms part of the implementation of the recommendations of the Professor Kwesi Botchwey Committee that probed the party’s abysmal performance in the 2016 general elections.
The NDC resolved to scrap the its current biometric register for a manual one following claims that some non-party members have found their names in the register.

Meanwhile the party has urged all its members to endearvour to register before the deadline next Wednesday.

“The National Democratic Congress (NDC) wishes to remind all party supporters and sympathizers that the National Registration Exercise of its members officially ends on Wednesday February 28, 2018,” a statement from the NDC and signed by its General Secretary, Johnson Asiedu Nketia said.

“The party seizes this opportunity to thank all comrades for the enthusiasm with which the exercise has been embraced and, assures them of the commitment to reorganize as the NDC continues to prepare to recapture power in 2020,” the statement added.
Source: 3news.com 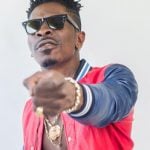 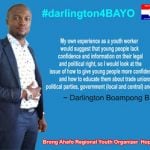