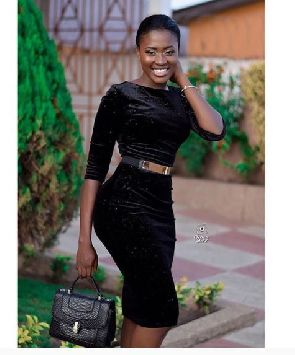 Yesterday, we shared with you a story of Nana Appiah Mensah, CEO of Zylofon Media reacting to an allegation made by one Facebook user that he’s been banging Fella Makafui and even gave her a car.

Nana Appiah Mensah who reacted rather subtly but in a savage manner to the allegation tweeted that he preferred Jollof to Waakye.

If you don’t get the drift, then perhaps you missed our article on the matter where we explained who was the Jollof and waakye in the tweet.

Since Efia Odo’s issue with Fella Makafui, we’ve realized that Fella Makafui is the type who reacts to issues in a subtle manner and if you are not the type who is able to read between the lines like Ghbase.com, you would never get the real meaning of what she’s posted.

Of course, we are Ghana’s favorite entertainment blog, so we are able to decode any message a celebrity puts out there and Fella Makafui just suggested to Nana Appiah Mensah to try another waakye if the first one he tried didn’t go well.

She posted a picture of herself in a black dress and captioned it; “Did i hear you say black is not beautiful??”
Tuneon Radio is a compilation of Ghanaian radio stations and over 1000 radio stations worldwide that our aim is to serve our cherished listeners well with what they want. We serve them with latest news update, political shows, sports, interviews, entertainment shows etc. Download the app and enjoy best of Radio Station and ur favorite programs here. Click on the link to download

It’s not rocket science to know, she was questioning Nana Appiah Mensah since he said, ‘Waakye’ aka ‘Dark Girls’ upset his stomach, and the impression he created was that, he doesn’t even like dark girls, reason why he’s in love with his wife, Rozy who is fair and bootylicious.

Nana Appiah Mensah won the award for King Of Savages with that tweet but Fella Makafui is just another one! 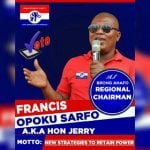 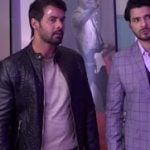