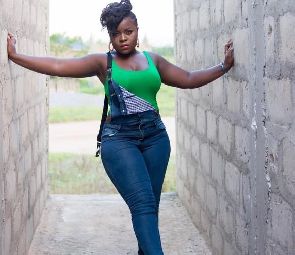 As Ghanaians come to terms with the tragic death of Dancehall artiste, Ebony Reigns, more revelations are coming up as to her relationship with industry players.
Ebony has been described as an affable, kind and lovely person by many in Ghana’s showbiz industry.
The latest to reveal such a high regard for Ebony is fellow Dancehall artiste, Kaakie.
To prove their special relationship, Kaakie has released snapshots of a Whatsapp chat she had with Ebony before her passing.
In the funny chat, Ebony teased Kaakie for her bad dance moves.
“Teasing Moments… Dear Ebony, am still terrible at dancing but at least I was learning from you and I enjoyed the fact that u mocked my dance. It gives me satisfaction that i appreciated you and was so proud of you whilst you were alive. WILL FOREVER STAY A FAN?? My QUEEN. #friend #lilSister #DanceHallQUEEN #EBONY #AtLeastyouBelievedInMe? #THANKYOU??”, Kaakie posted with the snapshots of their chat.
Kaakie could be said to be the trailblazing female in the Dancehall arena and it looks like Ebony looked up to her as big sister.
Ebony died in a gory accident at Nyamebekyere near Mankranso on the Sunyani-Kumasi Highway on the night of February 8.
The singer had gone to Sunyani to visit her mother, Beatrice Oppong Martin who had returned from the United Kingdom. 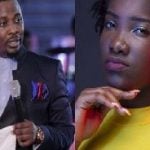 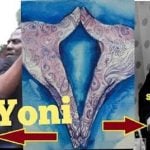