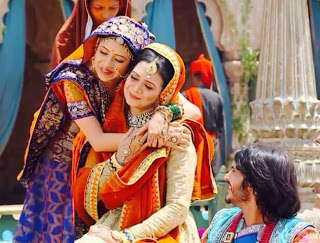 Tuneon Radio is a compilation of Ghanaian radio stations and over 1000 radio stations worldwide that our aim is to serve our cherished listeners well with what they want. We serve them with latest news update, political shows, sports, interviews, entertainment shows etc. Download the app and enjoy best of Radio Station and ur favorite programs here. Click on the link to download
Scene 1Laboni blows dust and it falls on Jalal, Jalal thinks that from wall, dust is flowing, he ask soldier to call carpenter, Jodha says your face smeared, go and take bath, Jalal says but i won this chess game.